11 Things To Know About Traveling in Chile

We kicked off our 9-month cycle tour in Puerto Montt, Chile in February 2019. While we did a ton of research before heading down here, there was no way we could be fully prepared for what was to come.

Here are a few things that we have learned about traveling in this country:

While Patagonia is the star of the show when it comes to natural wonder in this country, the Lake and River regions should not be missed. We’ll let the pictures speak for themselves, but it was a pleasant surprise cycling past sweeping views of snow capped volcanoes and beautiful blue lakes. Make no mistake, these are not always accessible by paved roads, as there is not one north-south route that connects each town in the region. In a car, this might not be an issue at all, but take note if your main mode of transport is via bike. 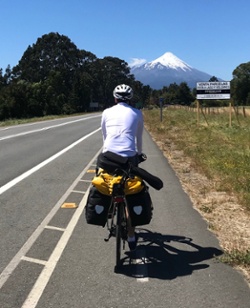 The highlights for us was biking past Volcan Osorno and spending a half-day in the beautiful mountain town of Villarica. We also got hot tips about the coastal region, in particular the town of Contulmo, but due to scheduling we were unable to make it that far west.

We have nothing but love for Chileans. From our perspective, they have only been warm and helpful to us, and they have swagger without arrogance to go along with it! It’s rare to not have an “Hola!” returned back twice with a big smile and a wave. 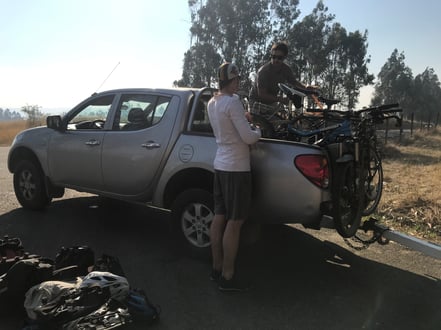 While we are not trying to pin down an entire culture, they have appeared to us as down to earth all around good humans, with a strong connection to nature. We were picked up off the side of the road when cycling into a forrest fire, helped for hours when having things stolen from us (more on this below) in a parking lot, and had someone do laundry for us for free when we really needed a win on a tough day. This plus many other random acts of kindness made us truly feel welcome in this place.

While the people are generally awesome, every country has their dark spots. In the US, we have gun violence. In Chile, it’s all too common to hear stories of pickpockets and sticky fingers when tempted by unwatched belongings. When we later told our tale of being robbed to Chileans, the response was always.. “Welcome to Chile.” Moral of the story, keep your possessions in sight at all times. 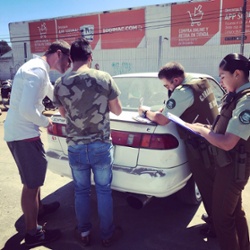 Chileans love their music. To be fair, so do we! Since landing here, we have grown to love the traditional music of the country and look forward to further listening once we get some good ole fashion WiFi.

Chileans also love our music (if anyone is sensitive to how we classify “our” here, lighten up, it’s a blog bro), in particular the genres of Yaght Rock, Classic Rock, Metallica, and whatever Journey was doing in the 70s-80s. They love it so much that it’s been a trend for us in campsites to hear blasting tunes until midnight. Every. Night. Listen… I’m down for Toto’s Rosanna 9 times out of 10, but that 10th time is when I am trying to fall asleep at 11:30 after an 80 mile day cycle touring in the mountains.

It’s incredible how loud they blast these sweet jams. For every site we were in, there must have been 100 dead car batteries the next day.

Canines here give new meaning to being man’s best friend. It’s really shocking at first, especially since we expected something similar to what we experienced in the Balkans, where we constantly were attacked and needed to yell off strays chasing us down the road. That’s nowhere near the case in Chile.

The culture here appears to be to respect and care for all dogs. The people treat all dogs with a certain level of respect, causing all dogs to be friendly, overtly chill, and not needy--meaning they’ll gladly give you a head to pet if you want it, sit at your feet while you eat just to get some company, but won’t beg for food or bother you otherwise.

In all honesty we didn’t do our full research on this portion beforehand, but Chile has been much more pricey than we assumed. Trips to the grocery store, a restaurant, or happy hour at a bar are on-par with the cost of a normal US city. People here drive nice cars and wear Rip Curl tees, go in with the expectation of paying what you’d pay at home.

Despite the wealth of the country many roads off-shooting from main thoroughfares are unpaved, gravel streets. If you’re in an automobile, this won’t be much of a challenge, just expect to drive slower, get a little dusty, and have a more interactive ride. Buses also take these roads as there are few options to avoid them. As a bicyclist with tires unfit for these slippery surfaces, travel required a more in-depth planning session.

We love a good combination of meat, bread, some vegetables, and french fries as much as any other red-blooded American. Typical Chilean menus consist of sandwiches, completos (hot dogs), and empanadas all containing avocado or meats and with a side of papas fritas. Chorillanas is another typical dish, its a pile of french fries smothered in meats, cheeses and fried eggs. 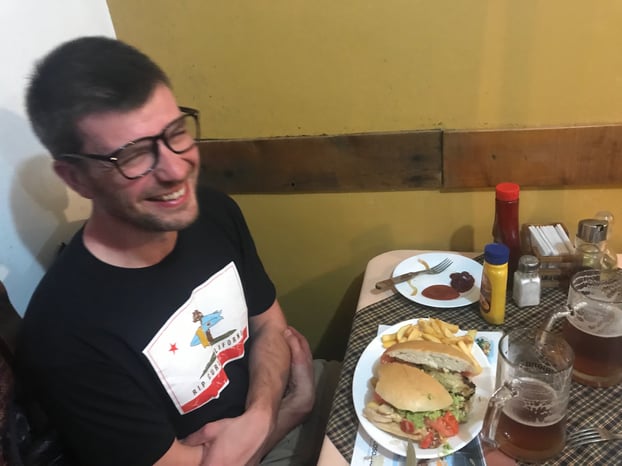 Basically, the five main food groups (meats, french fries, cheese, avocado, and tomatoes) are circulated between different ways of preparing bread to create different meals. As people who subscribe by the mantra variety is the spice of life, and who strive to eat sushi on Sunday, pasta on Monday, and Chinese on Tuesday, this remix of the same five foods eventually becomes tiring.

Feeling like a pirate suffering from a bout of scurvy after a long journey across the sea, we’ve come to crave foods that simply aren’t on the menu in our journey across this beautiful land. We now prefer cooking in rather than eating out. Afterall, papas fritas should taste like a treat, not a chore!

9) All Tap Water is Potable

The title says it all here. In particular, as a cycle tourist it is a dream to be comfortable drinking all tap water. What’s more, shop owners rarely bat an eye when asked for a little Agua Grifo (tap water) to fill an empty bottle.

We do not have any direct experience with this one, as we cycled our entire time in Chile. However, we met a group of German’s in Puerto Montt who had to re-plan their trip when the ferry south was overbooked. I read about this a ton online, as well, which was a huge deterrent from us taking the Carterra Austral. It’s worth being prepared for this and arriving early at port if you are planning to ferry anywhere, in particular in Patagonia.

Though the weather may depict a normal summer’s day, the sun itself feels physically closer to any sun we’ve experienced before. As if under a magnifying glass, the sun’s rays are piercing hot and get the strongest around 4pm. We’ve taken precautions to prevent over-exposure, including ample sunscreen application and taking a 2-hour siesta/break between the hours of 3-5 to prevent heat exhaustion.

Overall, we can recommend this country to anyone interested in exploring the great outdoors and learning more about a cool culture and people. Just be sure to wear sunscreen, pack a smile in your suitcase, watch your stuff, and be ready for a fun adventure.