Campsites vs. Wild Camping in Chile

A common question we hear leading up to the big adventure is “are you going to stay in hostels or hotels the entire time?” While we do plan on splurging here and there for a night indoors on a cozy mattress, most nights we’ll be taking up residence in Hampshire, our trusty new tent. 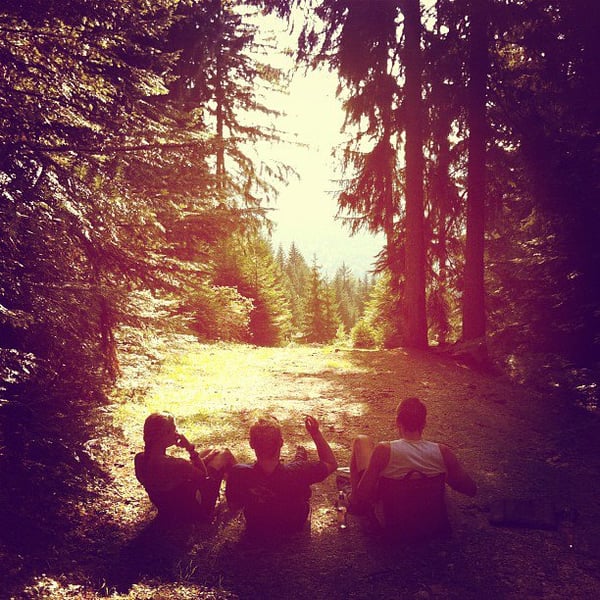 Over the next year, we plan on sleeping out under the stars six out of every seven nights. This is one aspect of the journey that makes it a true adventure; camping is a world apart from our comfortable 2-bedroom Cambridge apartment and it adds a sense of wildness and freedom to our year. It also makes budgeting a heck of a lot easier than if we were to spend every night in a hotel.

Looking back at out past cycle tours, particularly the Balkans trip, the most memorable nights (both good and bad) were spent camping out in the wild. We slept in bombed out buildings from the war and on a few beautiful riverside beaches. We met an Albanian family who took us in for the night, a man in Kosovo who interrupted our sleep to ask for help pulling rubber hosing out of the bushes, and the Headman from a Turkish village who later gave us a tour of his town.

We also made camp in a terrifying hollow that we later named “The Spider Kingdom,” and on the side of a lake where we saw a body get disposed of. I'll deny this if ever confronted (maybe I shouldn't be writing this then??), but I can tell you that it happened, I was terrified, I thought I was going to also be killed, and it makes me uncomfortable thinking back on it.

[As a cold sweat developed on his forehead, the author continued to type...]

There are two types of camping we’ll be doing in Chile: designated and wild/stealth. Apparently, these are known in country as “Hacer camping” (pay to camp), and “acampar,” (free to camp). In Chile and throughout most of South America, we've learned about an INCREDIBLE app to help identify camping spots on the map. It's called "iOverlander," and you can learn more about this here. We'll write a more in-depth review once we actually start using it, but I am stoked that something like this exists! 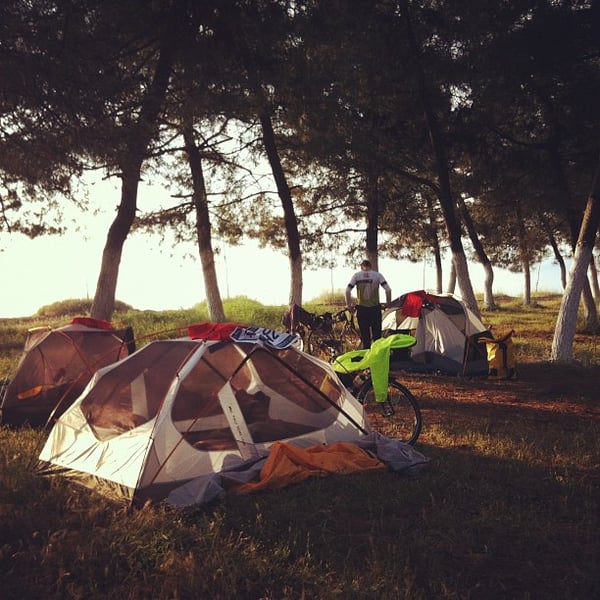 Designated camping is exactly what you’d expect in a weekend camping trip: we’ll reserve a spot at a campground. This is my favorite way to camp as it affords certain amenities that make going to sleep a lot more comfortable; first among these a shower and running water :) .  I can't explain how amazing it is to get a shower at the end of a long day cycling under the sun versus not getting one. Punk rock showers are not half bad, but it's just not the same... especially after 3-4 days. Pee-Ooo.

The downside of this option is that it does eat into our budget. In fact, from the research we have done, it sounds like campgrounds might be even more expensive than B&B’s in Chile. We’ll circle back on this once we are in country. In the meantime, here are a few helpful sights we found:

Wild camping (also known as “stealth” camping”) will be our preferred accommodation choice for Chile and Argentina. With this, you just pitch a tent off the road at the end of the day and hope that the bad guy from the Texas Chainsaw Massacre doesn’t live in the abutting plot of land. I’m less comfortable with this option, but understand that it is inevitable due to the distances we cover each day. Also, who else is snickering over my use of “abutt” in the last sentence. Hehe.

There is an art to wild camping. First, you need to find flat ground preferable out of view of the road. Next, you want to try and be close to a water source of some kind, which makes dish washing and laundry much easier. You also want to avoid private property of any kind that might get you in trouble with the locals. Finally, you need to get out of your head in thinking that anyone actually cares that you are camping in a remote place off the road. From my experience, few people actually do, but all humans have at some point or another in their life seen the Blair Witch Project... and it's difficult to pull yourself out of the lead role in the film while camping in an unknown spot.

In Chile, it appears as though wild camping, while not technically legal everywhere, is going to always be an option for us so long as we stay off the beaches. We even found this awesome sight that tracks a few recommended wild camping spots from fellow travelers!

[Update July 2019]: We tracked all of our stories and camping experiences in Chile and South America and shared these here: South America Cycling.  If you are interested, we are also tracking our US and Canada Adventure here: Biking Across the US.