It was a short week for us on the bikes. We only rode for two days, taking an out and back route from Missoula up to Flathead Lake. My friend Mikey had strongly recommended we visit Flathead while in Montana, and this was a great call. 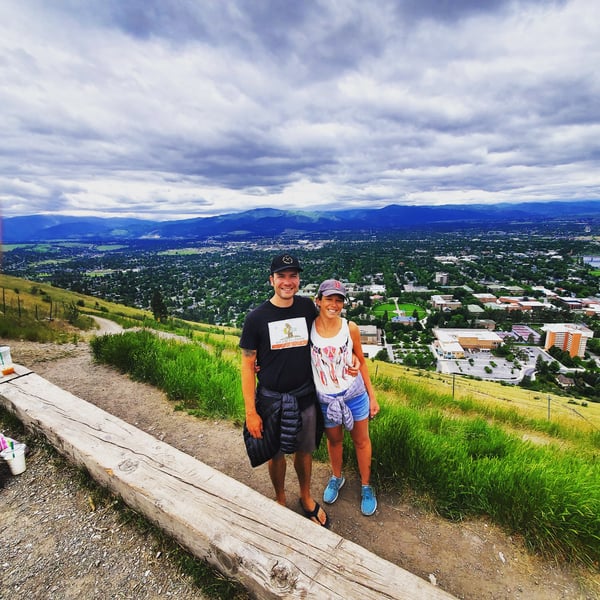 The highlight was riding along the majestic Mission Mountains. We first gazed these beauties after cresting a four mile climb. From our perspective, the jagged, rocky, and snow capped peaks seemingly came out of nowhere and actually stopped us in our tracks. As we cycled closer and closer to them, we continued to be amazed for the views we were offered along the road. It didn't hurt the idyllic scene before us that there were buffalo grazing along the hillside when we got closer to town :)

Before returning to Missoula, we took a day off at the KOA outside of Polson, during which we hiked into town, met some cool people, and chilled by the lake. This was the first off day we have spent at camp. It was so relaxing we have vowed to do this more as we continue our trip cycling across the US.

Flathead Lake KOA Holiday (Polson, MT): A basic campsite ran us $45 per night. While it was more expensive than we usually pay for camping, it was a deluxe site that we highly recommend. Showers were hot and clean. WiFi was available, which was really nice for us, especially since it allowed us to watch the Women's World Cup at camp! The people who ran this place were awesome, too. They were helpful and fun to talk to. The only downside was that it was geared more towards RV-ers, so bear boxes were not available. Being in bear country, this set me on edge a bit, though we were able to find a tree to tie our food up into.