Dude, We Are Biking Across the United States

Its crazy to think about it. I am physically moving myself… on a bicycle… across the width of the United States. Not just that, but the width of North America. I am cycling across a freaking continent. When you say it like that it sounds like a pretty big deal. And not to toot my own horn, but it kind of is, right? 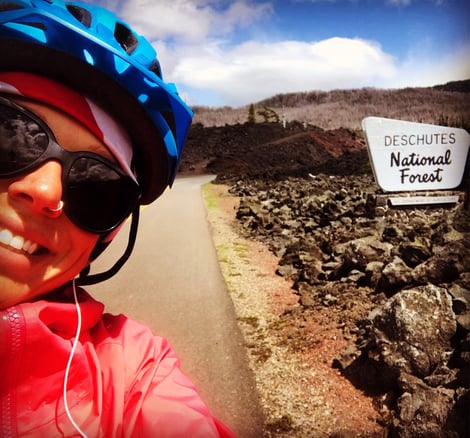 Add in the unnecessary (though beautiful), 1,000 mile journey up the coast of California and wow, that’s 1,000 more miles just because. Now add in the newly planned trip up to the border of Canada to Glacier National Park and down to Colorado and you can tack-on another cool 1,000 miles.

The trip across the US of A is only 3,000 miles--psh, only 3,000 miles, I sound like one of those fitness freaks trying to sound casual about their 10th marathon, like its nbd. Add in those two 1,000 mile “nice to haves” and--oh yeah, a casual 3,000 mile horseshoe crossing that other continent just south of us--and we have a nice, round sum of 8,000 miles. 8,000 miles. Am I crazy? And more importantly, how many pizzas does that mean I can eat? 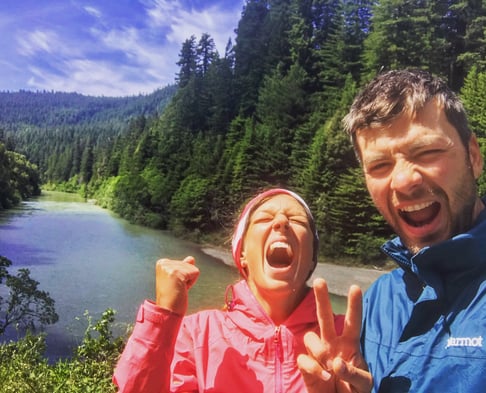 And its true. I started this trip with one goal in mind: figure out what the hell I want outta life. Sure Boston is a great city full of great friends and interesting things, but sometimes you just got to pick up the snow globe you’re stuck in and shake that thing until the world you were living in is now upside down and there is glitter falling from every which way--up, down, in your hair, and on your face. I needed time to meditate in my own way: in the middle of nowhere, alone with my thoughts, pumping endorphins through my core with every push of my now chiseled, yet some how still cankeled, legs. Time to reflect and deduce that you don’t need a lot of stuff to need be happy. You can live in a literal tent, with three pairs of underwear and socks to your name, out in the wherever, and you can be happy. Everyone knows this, but most people don’t really know it, if you get what I’m saying.

Examples of things that were nice but not given a second thought: the ability to have clean clothes whenever needed; a plentiful closet to put before-mentioned clean clothes together in a cute outfit; the feeling of putting on some makeup to feel pretty, rather than putting it on to cover up the dread on your face before going entering into your obligatory 9-to-5; or the feeling of a really really fluffy pillow that is so fluffy it literally sinks you to sleep as your head sinks into its amazingness.

All these things I took for granted. And now that I’ve wiped away the veneer of these things I remember that they add value but not meaning to my life. And when I focused on things that added value rather than meaning, I’ve been not only ignoring all that meaningful stuff, but suffocating it deeper and deeper until I forgot it should be examined and sometimes changed. 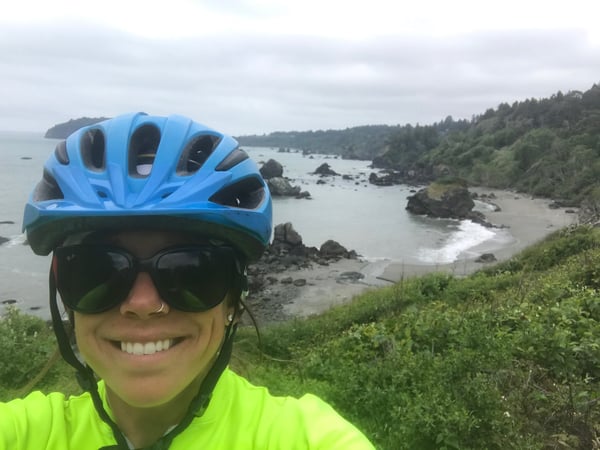 So I have 4,000 miles and 4 months left of this journey. I’ve just passed that halfway point. The mental clutter is gone, my mind is free and clear and my daydreaming of future fulfillment has begun. I have time, after all and a freaking continent to cycle across now. I am open to ideas, to convincing arguments of why I should live somewhere, comments welcome below!

Topics: Musings From The Road, USA, Inspiration for Adventure, US Stories