The wind gusts violently across the high desert, sending dust hurling into my sunburnt face. While squinting towards the horizon, I pass through a dark cloud filled with a thousand tiny gnats, adding a new layer to my sweat, dirt, and suntan lotion covered arms and legs.

It’s hot. Like… really hot and it has been since we woke up at 7:00 AM. There is no reprieve to speak of as I look across the flat, lifeless landscape. Thankfully the traffic hasn’t been too bad on the road today, but I guess I should expect this given there is absolutely nothing out here in the middle of the Wyoming Basin.

Materializing randomly, there’s a small patch of trees in the distance with houses forming a barrier around them. A town! Finally, after 70 miles… civilization emerges to set us free and provide refuge from this boring, never-ending roadway.

Entering the town of Jeffrey City, something immediately seems “off.” Despite streets with houses lining them, there’s no one out watering the plants or talking to neighbors. The driveways, all driveways, are unoccupied by vehicles. The schoolhouse has tall grass sprouting out of every crevice, and the rusted swings in the playground move only by force of the wind. In short, we feel a sense of emptiness. Utter emptiness.

Biking further into town, we see a liquor store with thick steel protecting the bolted door, followed by a stretch of three homes completely boarded up. A church sits in the middle of a grass lot, raised up on wood beams onto a massive trailer. It looks like someone just left it behind and forgot about it. The whole town is simply: forgotten. 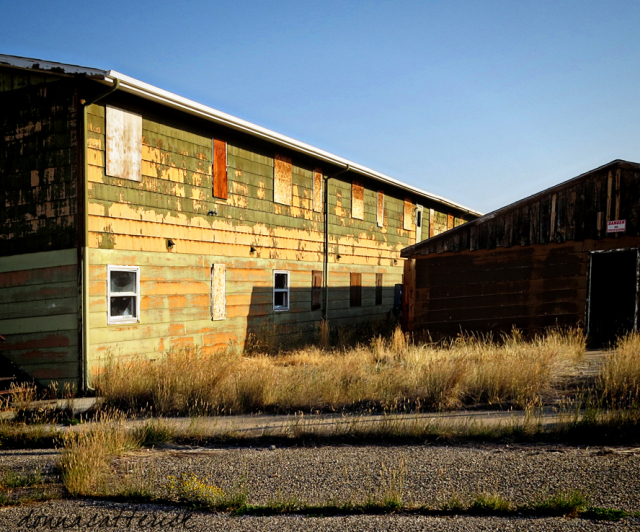 Yet… there is movement here. We make our way into the “Split Rock Cafe,” seemingly the only place in town not boarded up. We are greeted by a middle aged woman, the proprietor, her niece, and their scruffy dog Ott. Who you callin scruffy?

Contrary to many we meet on the road, they are intrigued by our travels, but not so much so where they stop all they are doing to ask us more. We are, in fact, not the center of the universe, and these salt of the earth folks have seen this rodeo before. The TransAmerica Bike Route flows through the city after all, and we are not the first set of vagabond cyclists that have rolled up for a bite to eat. We order a couple of cheeseburgers (I feared ordering a veggie dish might get me an old fashion “stink eye”), two Coors light bottles, and chili cheese fries. Life, is good.

Shortly after our arrival, Eddy enters the bar and extends a warm welcome to us. We like Eddy from the start. Dressed in worn jeans, a clean denim button up with suspenders, gold glasses, and brown steel toe boots that had seen their fair share of action; he exhumed the feeling of a western rock star.

He is very interested in our tales, and we give him our practiced 3 paragraph summary of our journey through South America and across the US. Even as I talk, I know the three questions that will follow (the ones that always follow) once I wrap up my spiel:

Eddy is an attentive listener, chuckling and gasping at all the right parts of the story. He asks Suzie why the heck we are doing this, and she responds with her new favorite reply to the question with, “Well, someone has to!” Eddy laughs. The bar’s proprietor scoffs under her breath and states, “no. No they don’t. And I wouldn’t, that’s for sure.”

Pausing after a slight awkward silence, I ask the question that’s been on my mind since entering town: “where is everyone?” Eddy obliges with the story of his once bustling town.

Jefferey City was created out of the uranium boom of the 1950s. The hills surrounding the town limits, you see, were rich in uranium deposits, causing an influx of miners to the area and the creation of a town from virtually nowhere. This picked up considerably through the Cold War years as we rushed to beat those damn Soviets in the nuclear arms race. By the late 70s, around 4,000 people lived in the city. Walking the streets, you can imagine the sound of children's laughter as they run towards the school, the smell of barbecues on a hot Sunday afternoon, and the sight of cars parked outside the general store. There was, it seems, much life and happiness in this place, though it was not meant to last.

In 1982, the town went bust. The mines shut down as the uranium industry in America collapsed. Eddy tells us there was much disappointment and a fair amount of anger from residents as layoffs trickled down to nearly everyone in town. Then the exodus began. Slowly, at first I imagine, but within 2 years 95% of the population had left the remoteness of a dying town for greener pastures. The US Census reported 58 people living in Jeffrey City in 2010, but Eddy reckons this closer to 30 today. 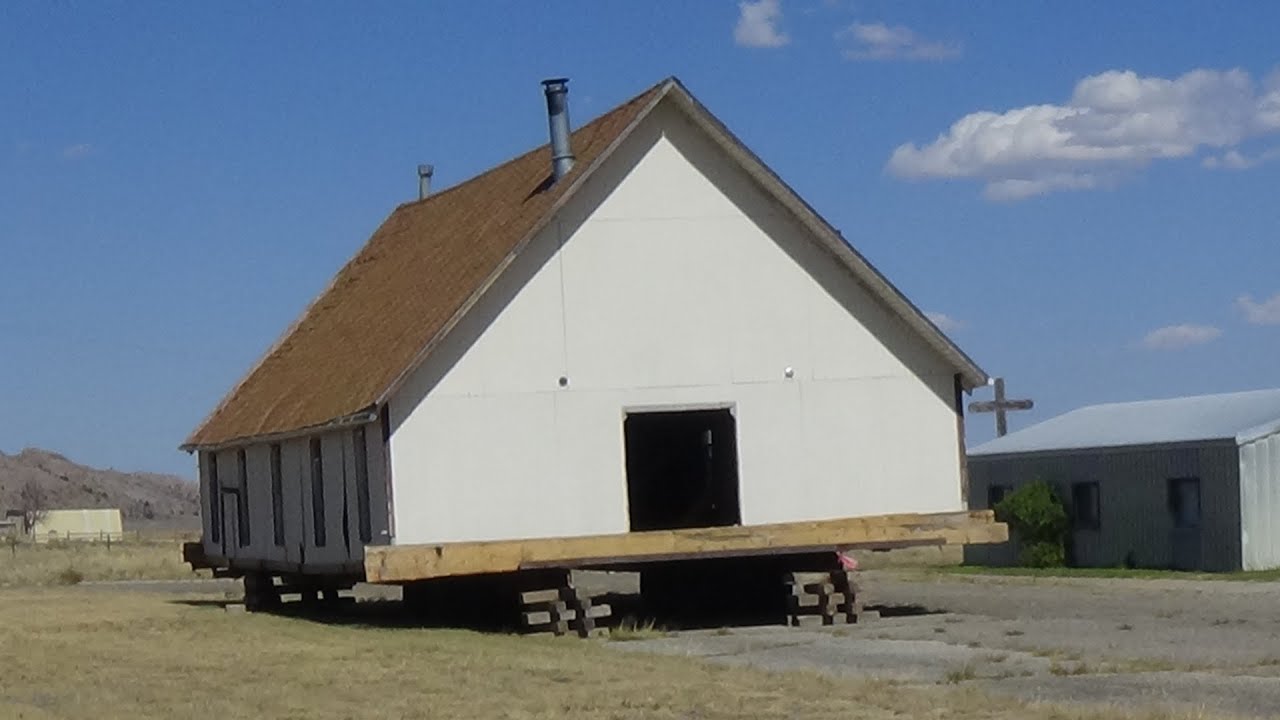 “The Church on stilts up the road you might have seen when you entered town,” he tells us, “Someone raised that up onto the trailer and said they’d be back for it. That was over a year ago now. They musta… just forgot it.”

The world has moved on from Jeffrey City. The few that remain provide weak connections to a forgotten past, but as these wane, another American town fades into obscurity.

Topics: Musings From The Road, USA, US Stories