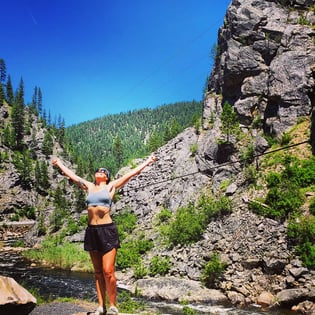 I would wager that three out of five Americans could point out the State of Idaho on a map of the United States, but how many Americans have actually set food in Idaho? Maybe one out of ten? I would guess less. Sandwiched between the trendy, Portland-clad Oregon to the West and the allure of Montana’s wild vastness to the east, Idaho is rarely considered as a must-see destination. Besides Idaho Falls, could you name another landmark? Did you even recall Idaho Falls before I said it? Likely not. But after spending a week cycling from the Oregon border, through the Rockies, and into Montana, I have to say that Idaho is a great place for cycling. Here are my top five reasons why:


I know what you’re thinking. It is shocking, if not nearly impossible, to think that a big-truck state like Idaho would have cyclist-friendly drivers. But despite the lack of bike lanes and other cyclists on the road, drivers were more than happy to give us ample space. We only received one or two honks from impatient logging trucks not willing to wait ten seconds for opposite traffic to pass. But other than that, we felt almost completely safe.


Want to travel back in time 150 years to the time of gold panning in the wild west? Idaho delivers. Like towns set in old westerns, these little gems are the definition of a one-horse-town. Heck, most of them don’t have stop lights--who needs em? And if you’re looking for a snack out of Tom Sawyer, try a piece of the local Huckleberry Pie, it does not disappoint. 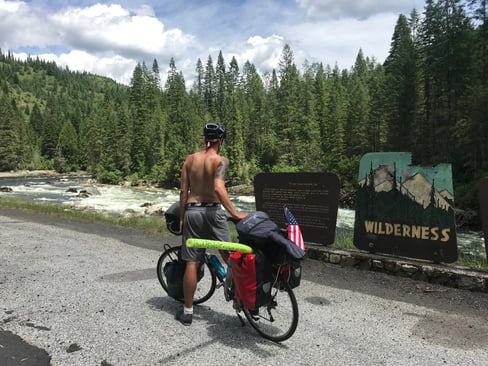 I’ve cycled in over twenty countries across three continents and the 100 miles on the Idaho side of Lolo Pass remains one of the most scenic rides I’ve ever taken. The road follows the Lochsa River and winds steadily up the tree-lined pass of Lolo Mountain in the Western Rockies. The views are majestic. The climb is so gradual that it feels like the road is flat, even downhill at times with the generous tailwind. Plus, Lewis and Clark took this same river on their journey to explore the West, and the historical markers along the way spice up the ride. 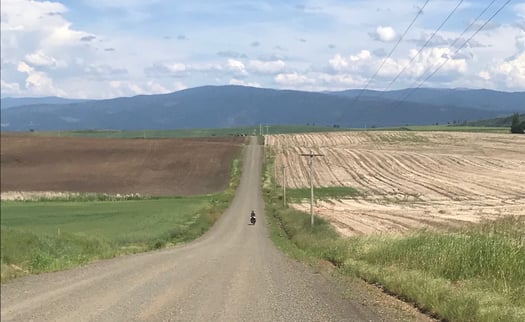 4. The Constant Change in Scenery

When you think of Idaho’s scenery, what do you imagine? Trees and mountains? I always assumed Idaho was Montana’s kid brother, but to my surprise, it’s a lot more. Crossing into Idaho from Oregon you’re in high desert, following the Snake River along a road cut high into the rolling tan hills. If you can manage a ride here at dusk, when the sun isn’t as hot and the light is soft, it’s beautiful. From there you cross into green mountains, lush with trees, followed a day or two later by high desert, powerfully bleak. Then you come around a curve and make into the Rockies where everything in sight is tall and lush and beautiful. Cycling day after day sometimes means everything starts to look the same. With the route we took in Idaho, shown here, everyday was something new to see and experience. Just make sure you pack your riding gloves and your sunscreen, weather can vary just as much as the scenery. 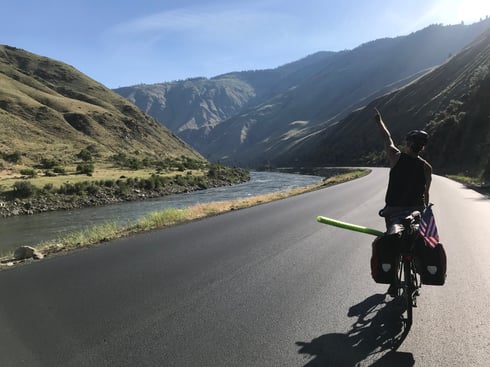 5. Because nobody else does it

So you probably should.

Topics: Musings From The Road, USA, Inspiration for Adventure, US Stories